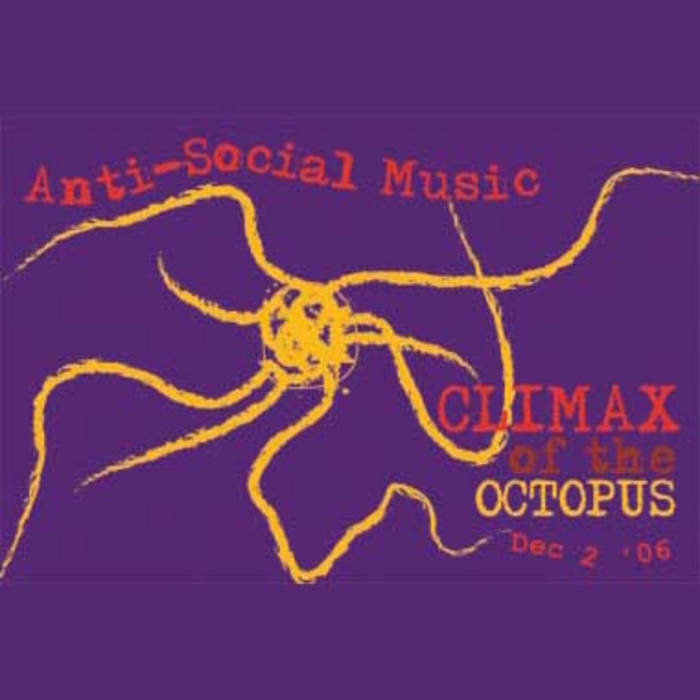 THE CLIMAX
OF THE OCTOPUS

Oh it's time. And you'd better believe the octopus is ready.

OK, so we don't completely remember where the inside joke that gave rise to our next Premieres Show title came from. It seems Pat made some sort of pretentious reference to the climactic scene of a novel by Frank Norris at one of our meetings. Why? No one knows. Perhaps simply for his own self-aggrandizing amusement.

Luckily, that scene, with a few slight alterations, describes our big December 2nd show at the Issue Project Room to a T:

Reason [will flee]. Deafened with the roar of the [music], blinded and made dumb with its [notes], [you'll throw your]self forward with clutching fingers, rolling upon [your] back, and lay there, moving feebly, [your] head rolling from side to side. The [Music], leaping continuously from the [instruments], [will] pour around [you]. It [will fill] the pockets of [your] coat, it [will creep] up the sleeves and trouser legs, it [will cover your] great, protuberant stomach, [as] it r[uns] at last in rivulets into [your] distended, gasping mouth... [Anti-Social Music seriously rocks.]

Oh yeah, and there'll be BOOZE!

See you there!
Love,
ASM

P.S. Sorry about the crack about your protuberant stomach, we didn't mean it.