by Anti-Social Music vs. Franz Nicolay 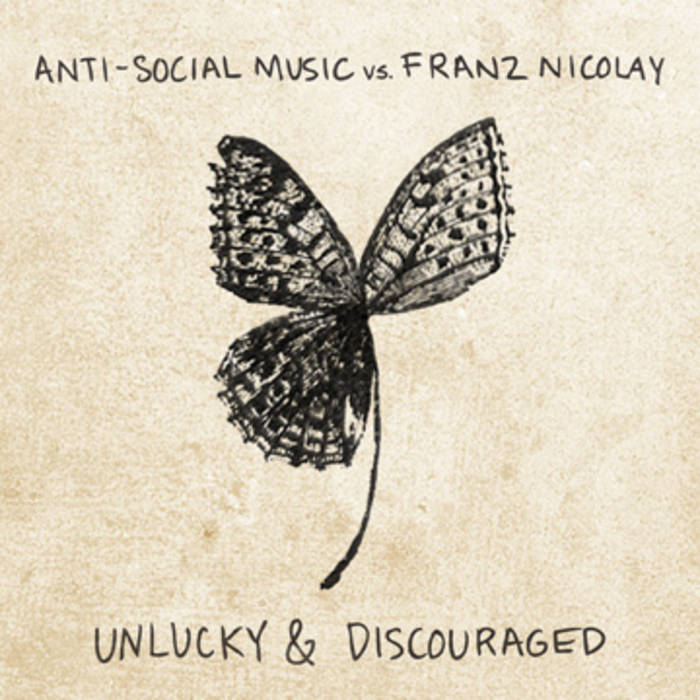 Magnet Magazine called Anti-Social Music's debut release Sings The Great American Songbook #1 of "10 Records You Missed in 2005", and said "If Yo-Yo Ma and Ian MacKaye scored an Alfred Hitchcock film, Anti-Social Music might sleep through it[...]Imagine an orchestra wearing formal attire and combat boots, then replace the conductor's baton with a bottle of Jack Daniel's." Time Out New York said "Shunning the gilded concert hall, the Anti-Social Music collective has tackled the new-music concert scene with the DIY fury of punk."

Anti-Social Music members Jean Cook, Brad Kemp, and Maria Sonevytsky will be members of Nicolay's band on his upcoming tour with Stornoway.

"Anti-Social Music vs. Franz Nicolay: Unlucky & Discouraged" is available for free download at franznicolay.bandcamp.com and antisocialmusic.bandcamp.com.