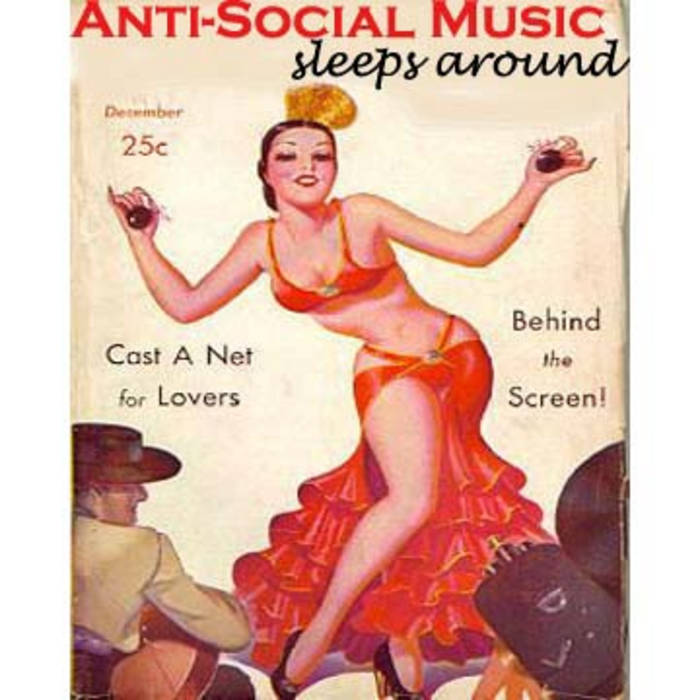 In other words: ASM, YOUR new-music collective, is inaugurating a long-term commissioning/collaboration (commiseration!) project we like to call "ASM Sleeps Around", in which we sidle up to other bands, ply them with liquor and sweet-meats, and sweet-talk them into our lair of seduction. We're after the kind of people from the indie, punk, hip-hop, whatever, worlds; who we think will have something cool to say in a "classical" setting, but might not ever find themselves in a situation to explore the idea.

So! Ta-da, here we go, the first installment is from Jersey-based indie hip-hop crew and Ipecac recording artists dälek, who weigh in with a 20-minute monstrosity of groin-shaking low-end, as interpreted by the good old ASM orchestra, here with 3 strings, 4 winds, 3 pianos, and the aforementioned groin-rattling amplified tuba, bass clarinet, and contrabass.

Not only that, but this concert marks ASM's 3-year anniversary, and the beginning of a monthly residency at what we hope is our new home at the Flea Theater. You lose if you missed our Debate Special there in October.

And, of course, new works from all your favorite ASM standbys:

In these troubled times of moral righteousness and sexual guilt, ASM is proud to announce our support for fornication, miscegenation, and all the forbidden fruit which tastes all the sweeter.

P.S. More about the dälek commission:
dälek, pronounced "dialect" are:

dälek is a band that's been around the world more times than most, playing shows and expanding minds since 1997. Quiet for almost a full year after constant DIY touring with such bands as Mike Patton's Tomahawk, ISIS, KRS-One, De La Soul, The Melvins, Grandmaster Flash, and fresh off of a landmark collaboration and release with Germany's krautrock legends Faust, dälek are back with their third and most sonically challenging full length to date, Absence. Expanding their sound and pulling from their influences, Absence recalls the best parts of Public Enemy and the Bomb Squad, the street poetry of KRS-1, the raw beats of Gang Starr and Mobb Deep, and the fearlessness of the avant garde, like Glenn Branca, My Bloody Valentine and Penderecki.

The dälek collaboration makes sense on many levels: we have personal connections with them through our other bands (World/Inferno Friendship Society and dälek, as well as their collaborator Josh from All Natural Lemon and Lime Flavors, were labelmates on Gern Blandsten before they moved to Ipecac; Gutbucket has shared stages with them; Jean and Pat from ASM played on their unreleased upcoming record); and they have an ongoing series of collaborations as well: "dälek vs. Faust" with the legendary Krautrock band came out last year, as well as a collaboration with Kid606 on his Tigerbeat6 label. And for all the lip service paid to the need for classical music to cross over, there has barely been a decent integration of pop/rock vocab in contemporary composition, much less experimental hip-hop, so we're all feeling pretty smug.