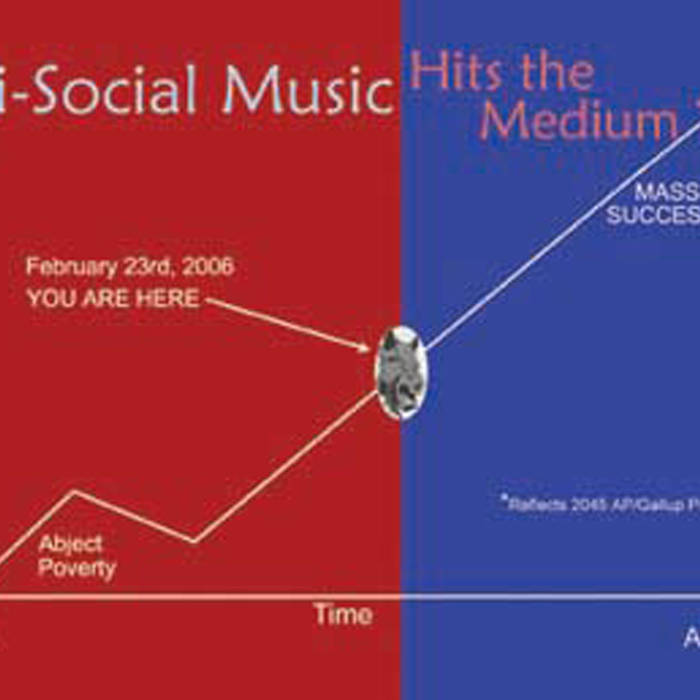 The statisticians up at ASM headquarters have been working overtime to compile the data from concert attendance, record sales, reviews, radio play in remote parts of Canada and Lithuania, George Rochberg comparisons, pollen counts, RIAA litigations, and bottles of Johnny Walker Black consumed to determine just where we stand in the wide, wide world of music. The results are, as of now, doggedly inconclusive, but it seems we can safely say that Anti-Social Music is not quite yet a household name.

To rectify this situation, Dan Joseph and Thomas Buckner and their posse over at the World Music Institute have made it their mission to extend a warm hand and help ASM reach the next plateau: the Medium Time. They've been kind enough to invite us to be a part of the Interpretations Series up at Merkin Hall, that bastion of cool, downtownish, avant-classical, avant-jazz, and good old avant-avantness. It'll be swell: you'll hear the SF Sound Group, then us, there's a reception afterwards, and it won't leave a hole in your wallet (unless you're the last kid on your block to own "Anti-Social Music Sings the Great American Songbook;" then you'll have to cough up a few more bucks).

As for us hitting The Big Time, you'll have to wait until March when we release our collaboration with the Gena Rowlands Band, "The Nitrate Hymnal," and April when we premiere the first part of Gordon Beeferman's opera "The Rat Land." However, in order for you to successfully be able to claim "I knew them when" you'll have to join us for our Merkin Hall debut, featuring:

with the considerable talents of: