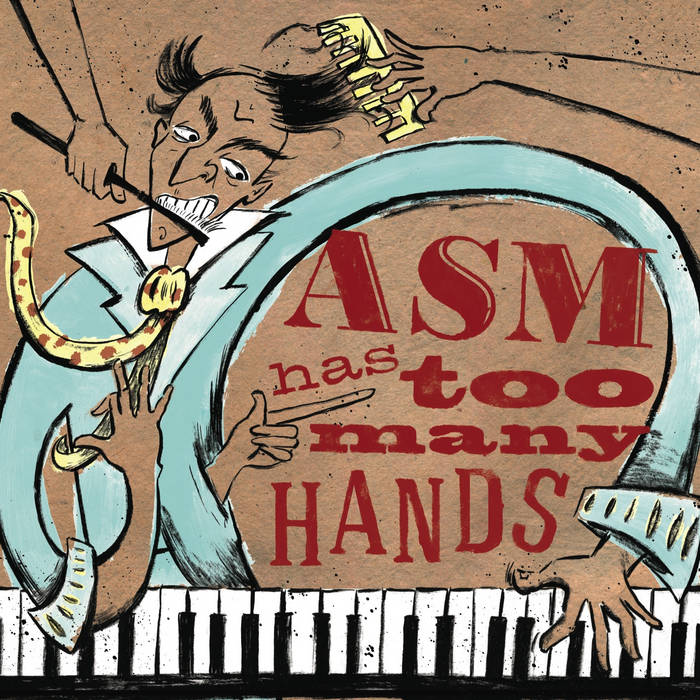 You know how it goes: you're plotting ways to more efficiently and copiously administer intoxicating substances to yourself, and one thing leads to another. One genetic experiment involving your own personal CRISPR formula later, and you've got too many hands and not enough orifices.

Well, we here at ASM say, "when life (or morally reprehensible experimentation) gives you too many hands, make 4HandsPianonade!" We'll be premiering six new works for 1 Piano, 4 Hands and for 2 Pianos, 2 Hands (per piano) on the evening of Friday, January 29th. Come warm your (too many) hands by the (non-existent) fire, as the likes of David Durst, Daniel Felsenfeld, Jeff Hudgins, George Wright, Dan Lasaga, Pat Muchmore, and Kamala Sankaram warm your hearts with their music. Vishnu himself will say, "Whoa, isn't that a bit much?" when the 10 hands of Danica Borisavljevic, Theresa Rosas, Rene Dennis, Paul Kerekes and Dan Lasaga perform these pieces. Durga, meanwhile, will shrug and give a knowing wink.

So, please come out, and feel free to leave those pesky arms at home; ASM will, as always, provide.